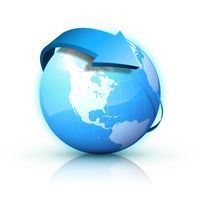 I am offering an interactive, online course on the Simple/House Church Revolution.  This course will be looking at the basics and is probably most useful to people who are newer to some of these concepts or fairly fresh into the transition (a year or two, perhaps).

Enrollment is limited to 15 participants, so it is simply a first-come, first-served basis.  More info is here.

There is an interesting post here quoting from Joel News about the growth of house churches around the world.  This report came out of a house church conference in Delhi, India:

"Conference reports indicate that, from very small beginnings, in many nations fairly sizeable house church movements have emerged, including on the continents of Africa and Latin America."

I want to reflect the “stages in the journey of simple church life” that I outlined in a previous post by looking at each stage one at a time.

The first stage is: Letting Go of Old Paradigms of Church Life.

Frankly, this first stage is much of what I have been blogging about right here for nearly six years.

So…  I thought this would be a good excuse to go back over past resources and posts and list those that still seem particularly relevant to the basics of letting go of old ways of thinking.

What Is Church Part 1-A and Part 1-B still seem insightful to me (if I have to say so myself):

Our first challenge in grasping what God intends church to be, is to stop looking at it through the lens of our background and through the lens of 2,000 years of “church” as a formal institution. Dee Hock says: "The problem is never how to get new, innovative thoughts into your mind, but how to get old ones out..." So our first challenge is to de-program old definitions and wrestle with some accurate new ones.  Continue reading here.

The second chapter of my book, The Simple/House Church Revolution, is entitled “Defining Church (Webster Has It Wrong).”  This is also a good, brief attempt to re-think our paradigms of church.

Perhaps the best way to describe the church of the New Testament is as small, vibrant, caring families of believers who are loving others and reproducing themselves into every corner of the world.  You can download this chapter only here if you wish: Download SCRevChapter2

A Way to Do Life—Not a Way to Co Church is an old post that I re-posted recently (upon request), but I think it deserves a mention in this list.  Also, Planting the Kingdom Not Churches is in a similar vein.

I think that John Eldredge has contributed much to the process of re-thinking church.  I blogged on him here and here:

Church is not a building. Church is not an event that takes place on Sundays. I know, it's how we've come to think of it. “I go to First Baptist.” “We are members of St. Luke's.” “Is it time to go to church?” Much to our surprise, that is not how the Bible uses the term. Not at all.

There are obviously other key voices that have added much to the shift in paradigm of church-life including Wolfgang Simson, George Barna, Neil Cole, Frank Viola, Tony & Felicity Dale, and John White.

Also, don’t miss Wolfgang Simson’s diagram of the transition from institutional to organic.

I believe the issue of letting go of old paradigms does not just involve church life, but also entire systems of religiosity that we have often encumbered ourselves with.  Wayne Jacobsen’s “The Jake Book” does a good job of breaking religiosity off of our spirits.  Also, I wrote a post on Reflections on the American Church Culture as well as one entitled, I Don’t Like Christians:

There are, truthfully, many, many Christians that I really like… But we can also be miserably religious, ridiculously petty, unbelievably shaming of others, and embarrassingly judgmental.  My passion for "counter-cultural" church is not just a desire to "do church different" nor even an attempt to "do it better."  It's really just a passion, in any way I can, to stand up as a contrary voice to the spirit of religion that destroys true spiritual life, leaves wounded people wherever it goes, and yet is so often touted as Christianity despite the un-Christlike nature of it.

The subject of “leadership” is an important part of this paradigm shift.  Two posts to note are Hierarchies Create Dependencies and What About Leadership:

The number one issue (in my thinking) is simply this: New Testament leadership had nothing to do with c-o-n-t-r-o-l. When this is fully digested then, and only then, can we begin to grasp what leadership is meant to be.

I think that’s probably more than enough for one post.  But I will offer one last link to a fairly recent post called A Tale of Two Voices:

It feels like there are two paths to go down. One path is called church and it makes you want to have a meeting, set up structures and a church name and define who is in and who is out…

Today I feel encouraged again because I genuinely think that Jesus would be doing what we are doing. And that is all we seek - not a big church - just to be doing what we see the Father is doing every day...