Love With No Strings Attached 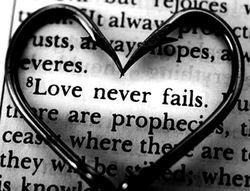 One of the transformations that the church is going through is the metamorphosis into a new creation that has the motivation and ability to love with no strings attached.  Our more institutional churches struggle with aspects of this because the business of church requires attenders and givers to keep it all going.  However, we often carry into simple/organic forms of church life a similar performance mentality.

Let’s be honest here, while Jesus said that His followers would be known by His love, this is frequently NOT the case.

While intentionality to share the Good News of Jesus Christ is good, it must never supersede the imperative to love people, genuinely, without the motive of anything coming back to us out of some sense of credit or performance-score.  The latter is not love!

Christians are re-discovering that the heart of the Jesus-way-of-life is not church attendance and a smug attitude toward others, rather it is truly embodying the love of Christ—anywhere and everywhere—in a world that is desperately in need of this love.  It is a type of reaching out that is marked by authentic concern for people. (Okay, I wrote this myself in Simple/House Church Revolution).

When Jesus-followers are known by their outbreaks of love towards a world in need, we will again find a fertile environment for making disciples and our gatherings will be filled with vitality and excitement.

Easy to say.  But it does require a transformation of our inner heart that can only happen by His grace and powerful love creating this ability and motivation in each of us.

May this Christmas story (the birth of incarnational love) become a reality in each of us this year. 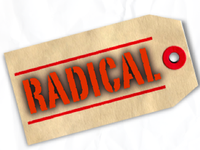 There is nothing like Victor Chouhrie to keep our compasses pointed true-north and to… well... challenge us.  Victor has one of the most fruitful ministries ever with thousands of churches planted and hundreds of thousands of baptisms in India.

You can read all 21 of his steps in a paper entitled “Mega Church to Meta (Beyond) Church.”

Here is just a taste:

From 'Relevant' to Something Real 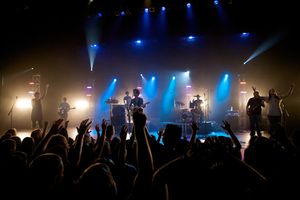 I met with a thirty-something couple yesterday who was describing the frustration of reaching out to people their own age who had grown up in church youth groups offering a typical ‘relevant’ Gospel.  While the appealing music and messages drew crowds together, many of those youngsters somehow missed the reality of a lasting intimacy with Christ.  Worse, according to this couple, the youngsters have now grown up, rejected the cultural Christianity they were exposed to, and have the attitude regarding Christianity of “been there, done that.”

Now, let me be fully transparent: my own mantra throughout the eighties and nineties was this very thing: a relevant Gospel in a seeker-sensitive church.  Further, I still believe that the Gospel does, indeed, need to be communicated in a way that can be fully grasped by the culture it is planted in.  Thus Paul’s statement that he became “all things to all people.”

So here’s the question: How do we keep missing ‘the real?’  How is it that we communicate a Gospel that can draw crowds (or not) yet the reality of the power, life, transformation, mystery, awe, and wonder of that Gospel is not caught?

Yes, the Gospel must get out of the walls and into the streets where it can be most potent.  I believe that the church must be committed to this in the way that it walks, talks, and behaves.  Thus my own commitment to simple/organic church life.

But, the Gospel must also be… well… potent.  Because that is its very nature!

Perhaps the obsession with ‘relevancy’ is not so much the problem as the dependency on methods and program rather than complete reliance on the simple power of the Holy Spirit.  And this, then, begs the question of where am I today?  Am I still looking for the model, the program, or the method in my quest to serve God and reach out to others—including organic church models and disciplemaking models—or have I been stripped down to the raw bone of just-plain-ole dependency?

Where are you at?

“The simplicity which is in Christ is rarely found among us.  In its stead are programs, methods, organizations and a world of nervous activities which occupy time and attention but can never satisfy the longing of the heart…

“We must put away all effort to impress, and come with the guileless candor of childhood…

“When religion has said its last word, there is little that we need other than God Himself.  The evil habit of seeking 'God-and' effectively prevents us from finding God in full revelation.”