Intimacy: the One Thing

As I head off to Africa this week, one of the messages on my heart is simply intimacy:  intimacy with God as the heart and soul of all that we are and all that we do.

Organic expressions of church come out of a truly life-giving, organically connected heart with Jesus.  It is always Jesus first: love, worship, know, follow Him and then allow gatherings to take place from out of that dynamic.

I have been reflecting on the simple, profound truths that many of you are familiar with from Experiencing God, by Henry Blackaby:

I am taken by the fact that, at the end of the day, it’s always about knowing Jesus, hearing from Jesus, adjusting my life by faith to follow Him, and then inviting others to experience the same dynamic.

I want to use this post to invite your input on this subject of intimacy with Christ.  What has God been speaking to you regarding the deepening of your relationship with Him?  What resources have been personally useful you?

Let us know via comments!

Growing Movements in the USA

Mission Frontiers has some excellent articles, this month, on reproducing disciples in the context of the U.S.  It is exciting to see these principles implemented in Western contexts that have had such an impact throughout the rest of the world.

Curtis Sergeant shares an article entitled Growing U.S. Movements to the Lost and the Unreached:

As of December, 2013 we have multiple streams to the 5th generation or beyond and well over a dozen more to the 4th generation. All told there are about 200 downstream churches in the USA and 162 overseas, including several among previously unengaged people groups.

Fred and Melissa Campbell authored an article called, No Longer “Business as Usual:”

In April of 2013, after mapping the greater Austin area into regions, we sent out our first 40 teams of two to search for potential houses of peace in 12 areas. They found 400!

We formed more than 60 new groups within 60 days of this first search, and additional searches in August and November identified 150 more potential houses of peace. As of December 2013 we had more than 100 groups. Most are reproducing disciples, and one is reproducing churches!

These types of movements will continue to grow as the church is discovering it can take the shape of mission and gather in simple, reproducible ways.  The Holy Spirit is surely at work!

The entire issue is a great read! 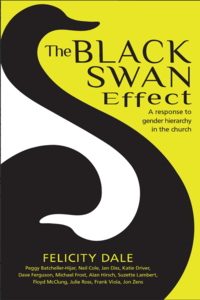 Following is a guest post by Felicity Dale, author of the new book "The Black Swan Effect."  Whether we are talking about reproducing churches in our own region or engaging in missions throughout the world, it is vital that women are championed and take their place at the forefront of God's Kingdom work.  Felicity has been doing this for years and this book represents the pinnacle of that effort.

Does our traditional view of the Scriptures about women overlook something powerful?  Could the role of women be crucial to the church’s future? Are we on the edge of a new era in missions history?

The role of a woman in leadership is often a lonely one. A few years ago, a group of women, all with apostolic or prophetic calling, began meeting via conference call for peer fellowship. As the months went by, a frequent topic of conversation was the role of women in the church and why they are so often marginalized. They longed to change the status quo, but recognized that if they tried to make a difference, they would be perceived as feminists with an agenda. As they sought the Lord, he showed them that they should find men to stand with them. That way, both men and women would be more likely to listen. When the idea came for a book, several of these men agreed to contribute chapters.

The Black Swan Effect presents a vision for what can happen as men and women work together in the Kingdom of God.  The authors, including people involved in the house church world like Neil Cole, Katie Driver and Frank Viola, encourage men to champion women as equal co-laborers and partners in the harvest. They give women permission and inspiration to follow the Lord—to reach their own full potential and encourage others to fulfill God’s call. The Black Swan Effect equips both men and women to bring a Scriptural and positive contribution to the increasingly crucial conversation on gender in the church.

The Black Swan Effect will:

The Black Swan Effect will not:

Change is coming to the body of Christ. Let’s get ready!

Luke 10 and the Person of Peace 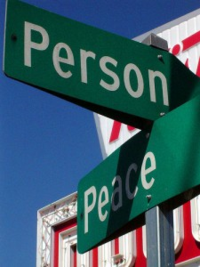 Here are some key comments from this passage:

1. Go where Jesus sends you.  Jesus sent the disciples out, instructed them where to go, and told them he would be following up in those places personally.  This pre-supposes that we have an intimate, listening relationship with Jesus and we are seeking to go and work where He is working.  Persons of peace are people that God is already working within.  He has prepared them.  By listening and going where He sends, we join God in something He is already doing rather than needing to force something to happen.  I have spent much time hoping I can get something to work where God wasn’t working rather than tuning in to where He is already sowing life.

2. Pray to the Lord of harvest.  Specifically, pray that God will send out workers.  This means that we are asking God to send us to people who will become workers in the harvest.  We are asking, not just for receptive people, but for those who will turn around and attract others by their influence and become effective at drawing others.  By praying this way, we are engaging the principle of reproduction from the very beginning.  We are asking God to bring us to those who will not be barren but fruitful.

If you want to move forward in planting simple/house/organic churches, reaching others, living incarnationally, and becoming fruitful, praying over this passage and asking God for next steps might be a great place to start.

What are some other principals from this passage that you have found to be key?