Jesus Turns Everything Upside Down 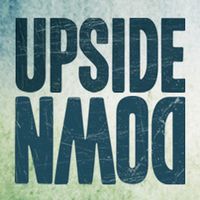 He was upside down.

They expected him to hang out with them. They were the important people. Instead he was with prostitutes and sinners.

They thought he would honor them for their religious lifestyle. Instead he told them that they don’t even know God.

They expected Him to come like a big man, a king. Instead he came as a poor baby.  He turned everything upside down from what people expected.

The disciples thought he would rule.  Instead he went to the cross and gave up his life.

After paying the price for all sin and resurrecting, the disciples must have thought that now, at last, he would equip them. After all, his vision—his last statement—was that they were to go to ALL nations. He has commissioned them to the world.  He has ascended.  He is God.  Surely He would give them some big tools to use.

So think about being a disciple-- given the big command to go to all the nations.  Surely Jesus would fill their pockets with a million dollars.  What about a sound system?  How about some religious clothes so that people would listen to them?

No—he just taught them how to heal the sick, preach the Gospel, and lay their lives down.

The very things we often don't want to do.

The way of Jesus always has been and always will be the upside down way. 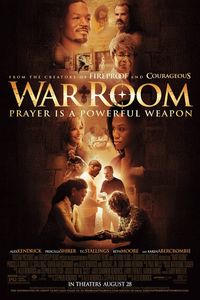 I am not one for Christian movies as they too often have two-dimensional characters and trite plot lines.

In several ways, War Room (top box office sales last weekend) is guilty of this. But rather than focus on its short comings I thought I would mention what I did like.

All in all, The War Room, has its shortcomings for sure, but it also has enough credible inspiration that it is worth the look.

Note a CNN article on the movie's unexpected success.

Your comments if you have seen it?