Hearing God For Ourselves Or Depending on Others

So here’s the problem…

Either we press into an ever-deepening, hearing-from-God relationship, or we settle for someone else’s voice as the primary authority of our lives. It is a simple choice.

I have been enjoying a fresh read of Dallas Willard’s Hearing God in which he addresses this issue as squarely as I have heard it:

From the humility and generosity of his great heart, Moses said, “Would that all the Lord’s people were prophets, and that the Lord would put his spirit on them!” (Num 11:29). But this might be a mixed blessing, for one further serious objection to individual believers’ living in a conversational relationship with God comes from a feeling that this would lead to chaos in the church, the community of believers…

Such logic drives toward a hierarchy of authority and subordination and naturally results in one person’s speaking for God and thus enforcing conformity.

Willard goes on to say that the ‘redeemed community’ is meant to be made up of ‘living stones’ who live ‘in conversation with God.’ But, due to the hierarchy of religious structures, we too often find leadership is focused on ‘getting others to do as they are told.’

They [such leaders] will invariably turn to controlling the flock through their own abilities to organize and drive, all suitably clothed in a spiritual terminology and manner.

And, let us be honest, this happens because so many followers prefer giving this authority to someone else rather than take responsibility for the supreme task (and joy) of learning the ways and voice of God through our deepening relationship with Him.

As Willard says, “God has created us for intimate friendship with himself—both now and forever.”

When we grasp this, it becomes the central focus of our lives as we take on both the challenges and joys of developing such a friendship.

Today there is a desperate need for large numbers of people throughout various arenas of life to be competent and confident in their practice of life in Christ and in hearing his voice. Such people would have the effect of concretely redefining Christian spirituality for our times. They would show us an individual and corporate human existence lived freely and intelligently from a hand-in-hand, conversational walk with God. That is the biblical ideal for human life.

Isn’t this the very heart of the spiritual revolution that God is after for his people, the church, in this day?

Leave a comment on your thoughts or share how your own conversational relationship with God is developing!

I’ll confess that when I first heard about the idea of house churches, I thought, That’s not real church. I thought the only reason a congregation would meet in a house instead of a larger traditional or contemporary church would be because they couldn’t afford a building or they didn’t have the vision or ability to grow into a “real church.” I knew, of course, that the early church started in homes. What I didn’t understand was why anyone in a free country would continue to do so when larger churches with exciting youth programs, riveting preachers and spectacular worship music are not hard to find.
Now, here I am, starting house churches.
An excellent primer post by Dave Barnhart on house churches. Key benefits of house church: intimacy, hospitality, leadership development, discipleship, missional, and good stewardship.
Read full post here. 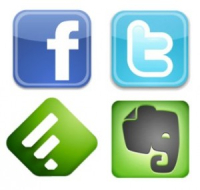 ‏@bradjoegray The #Christian life isn't a mountain climb, it's a cave dive—a plunge into all the unimagined and undiscovered fullness of Christ.

Living in Faith and Grace in a Polarizing, Angry World, Ann Voskamp: “Turns out what we want most is someone to just sell us some certainty about who is who, and what is what, so we can have this sense of knowing what’s safe — instead of knowing Who is the Savior who calls us to love in dangerous, upside-down ways.”

20 Truths from The Church as Movement by JR Woodward and Dan White, Jr.: “The Church as Industrial Complex is a resource-driven form of church that has a gravitational pull that unintentionally turns spirituality into a product, church growth into a race, leadership into a business and attendees into consumers.”

"What would the church look like today if we really stopped taking control of it & just let the Holy Spirit lead?" -Francis Chan

On discipleship and movements

“I don’t think you have a movement unless you have grandkids and great grand kids you don’t know...” What the Global Church Taught Bob Roberts About Church Planting.

@Mike_Breen If you make disciples, you always get the Church. But if you make a church, you rarely get disciples.

Keeping the Word at the center of movements. Steve Smith in Mission Frontiers. “Perhaps the central tenet of why CPMs emerge is that they emphasize returning to biblical norms of discipleship.”

On taking the Gospel to the nations

@SteveSilkRoad If your church planting strategy in a foreign culture is not fully reproducible by locals without your help, you're doing it wrong.

On caring for the poor

@povertycure …the poor, no matter how destitute, have enormous untapped capacity; find it, be inspired by it, and build upon it.”