Just One Disciple This Year 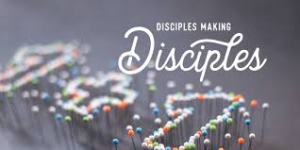 As someone who spends nearly an equal amount of time in Africa as in California, I understand this. In Africa we work with teams that are reaching, baptizing, and multiplying disciples—yes, thousands of people reached. But, in California, not so much.

But this brings to mind some thoughts:

By year 20: over 5 million disciples

By year 26: over 320 million disciples (roughly the population of USA)

Remember that this is all based on only making one wholehearted follower in one year who can then do the same. And, we only began with ten disciples doing this whereas one could easily imagine thousands doing the same in our own country alone.

My point is that we do not need to get overly enamored with the numbers-thing one way or the other. We just get to be followers of the Majestic One and share that joy with another until he/she grasps that there is no greater joy than finding ways to love/reach/care/influence another to live out this ongoing, reproductive life of the Kingdom. Such influence for Jesus Christ is within our grasp and, again I say, there is no greater joy than simply being a part.

What can you/I envision for the next one year? 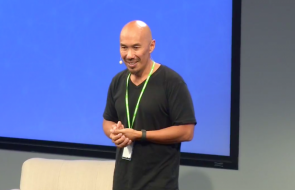 If you have not seen this article, it’s a great read. I will post a few quotes here, but the whole article is worth the time.

Bestselling author Francis Chan recently exposed his heart to Facebook employees, detailing why he left the helm of his thriving megachurch in California seven years ago.

Cornerstone Church in Simi Valley, California, was drawing around 5,000 people and growing in 2010. But Chan felt the megachurch he founded was not as God intended it to be.

"I got frustrated at a point, just biblically," Chan said during a talk at the Facebook headquarters in California last Thursday. "I'm going wait a second. According to the Bible, every single one of these people has a supernatural gift that's meant to be used for the body. And I'm like 5,000 people show up every week to hear my gift, see my gift. That's a lot of waste. Then I started thinking how much does it cost to run this thing? Millions of dollars!"

"So I'm wasting the human resource of these people that according to Scripture have a miraculous gift that they could contribute to the body but they're just sitting there quietly. … [T]hey just sit there and listen to me..."

His decision in 2010 to leave Cornerstone — which he started in his living room — came as a shock to many, including fellow evangelical pastors. In his announcement to the congregation at that time, he said he had been feeling a restlessness and stirring to let go of the megachurch and take on a new adventure.

He also indicated that he was wary of being "comfortable…”

Today, Chan leads a house church movement in San Francisco called We Are Church. There are currently 14 to 15 house churches, he said, and 30 pastors (two pastors per church) — all of whom do it for free. Each church is designed to be small so it's more like family where members can actually get to know one another, love one another and make use of their gifts.

"We've got a few hundred people now and it costs nothing," Chan explained. "And everyone's growing and everyone's having to read this book (Bible) for themselves and people actually caring for one another. I don't even preach. They just meet in their homes, they study, they pray, they care for one another. They're becoming the church and I'm just loving it and realizing that these 30 guys [are] leading this and the women as well."

The people who join include "guys coming off the streets, out of prison to doctors and people that work here (Facebook) or Google," he said.

He's hoping to double the number of house churches every year so that in 10 years, there would be 1.2 million people in We Are Church. And, he reiterated, it's all free.