How to Start a House Church: Begin With Mission 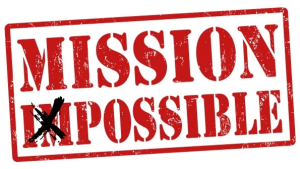 You can find mission statements like “make disciples” or “preach the Gospel” or “the task of reconciling people to God.”

But even those statements must first be grounded in the question of “who?”

Our mission always begins with people. The people whom God has called us to. This must be the starting point. That is where we must begin to walk out an organic, Jesus-following, fruitful lifestyle with a Scriptural mission.

And every one of us have different people that we are called to.

How to start a house church: begin with the people God has called you to reach

Here is my point. The ministry of reaching people, making disciples, and even gathering people into groups and churches begins with the context of the people that God has called you to. There is no other starting point. The ministry processes will look different depending on the context. The principles will be the same. The mission may be the same. But the methods, and tools, and strategies will all come out of the people that you are called to work among.

Start there! Know who you are called to and then you can focus on your mission to bring the Gospel and make disciples (followers) within that unique context.

Then and only then can you begin to adapt these principles of fruitfulness, as God leads, specifically to those whom you are working among: