NOTE, you can register immediately as there are only 15 spaces remaining on a first come, first served basis!

New Directions for a New Year: Am I Open? 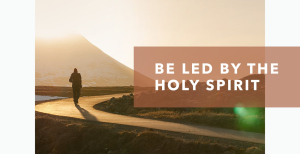 “The wind blows wherever it pleases; you hear its sound, but you cannot tell where it comes from or where it is going.” John 3:8

You are likely reading this because you have demonstrated an openness to new paradigms and new leadings of God’s Spirit. Think of how God has changed your thinking in recent times about your church and ministry life:

And with these new paradigms, you have likely stepped out of former places of ministry and church-going and explored new ways to walk life out as a follower of Jesus. You have learned to live the adventure of following God rather than living out of pre-determined programs.

But, it is a new year and God is ever on the move. What He led us into last year is only a stepping stone for where He wants to take us in the coming year. God calls us continually to fresh revelations and new directions because we are designed to be led by the Spirit of God. This means as soon as we find a new place to rest in, God is likely to move us on if we are listening.

My personal tendency is to take the direction and understanding from yesterday and camp out! Wherever I have been with God, that is where I want to stay. But God is far more dynamic and adventurous than that. He has more for me. He has more than I can ask for or imagine. But I must be willing to move with Him to enter into this year’s promised land.

“In all the travels of the Israelites, whenever the cloud lifted from above the tabernacle, they would set out; but if the cloud did not lift, they did not set out—until the day it lifted.” Exodus 40:36-37

God has blessed the work we have been involved in on African soil. Teams of disciple-making, house-church planters and leaders are deployed in several different countries. But, I am so aware that I simply want to continue doing the same-same I have been doing. Why change? Why not replicate next year what God showed us last year? Because God continues to move on... and my heart is deeply challenged: am I open and willing to move with Him this coming year?