Ask God for a Likeminded Friend 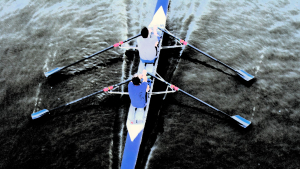 Recently I heard someone talk about the catalytic influence of a likeminded friend.

As I thought about this, I realized how common this really is. I think of people who have started disciple-multiplying movements that have reached thousands in overseas settings to people who have done the same thing, on a much smaller scale, here in the west. In most cases, there was often the partnering of two or three people whose friendship and like-minded camaraderie seemed to catalyze what was to come. It almost seems that this key friendship preceded the unfolding of God’s work.

It does not take much effort to immediately think of Jesus sending out disciples ‘two by two.’ Or, we naturally think of Paul and Barnabus and then Paul and Timothy. Is this more than just a good idea? Perhaps it is truly a key part of forging into new waters of reaching, discipling, and starting organic gatherings.

Most people I meet who are in the place of trying out new paradigms of church and ministry report that they feel very much alone. Could this ‘aloneness’ be God’s way of preparing us to pray for, look for, and expect God to bring us a likeminded person to journey with us? Perhaps this might be the starting point of prayer in our current quest to move forward?

I am sharing this with the realization that it probably provokes more questions than answers, but I thought I should post it nonetheless.

Thoughts or experiences with this?